Bartlesville, Okla., USA– “Part of the worldwide availability of service that comes with being a diplomat is being able to adapt to new scenarios, to quickly learn new skills, and to work with all kinds of people. These are all things I first learned from CMT.” —Clint Shoemake, foreign service officer at U. S. Department of State.

As William Shakespeare wrote years ago in As You Like It, “All the world’s a stage, And all the men and women merely players; They have their exits and their entrances; And one man in his time plays many parts.”

According to the cmtonstage.com website, “While CMT’s programming challenges students to hone their craft, our ultimate goal is to help students develop life-skills, like teamwork, creativity, problem-solving, and self-confidence that will benefit them for the rest of their lives.” 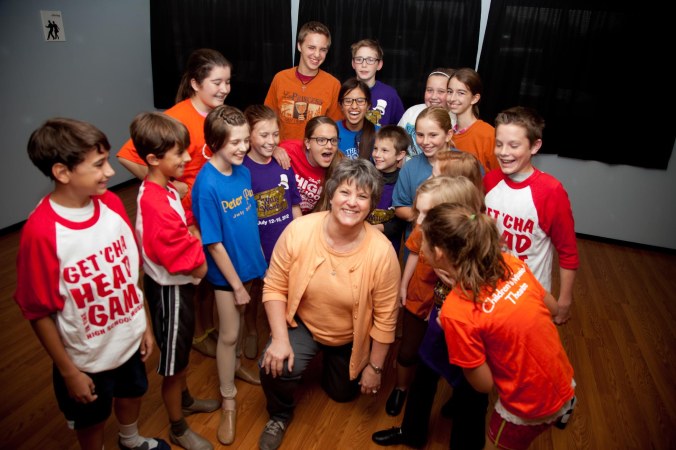 CMT Founder, Tracye Caughell, currently serves as president of the board of directors.

She credits musician, conductor and vocal coach Nancy Rovenstine, and the late Ruth Carrico with co-founding the CMT upstart with her — “the three amigos” in the venture.“Carrico served as stage and production manager for the first ten years, and also served as office manager for a while.”

Under Caughell’s guidance, CMT programs have grown from a single summer musical with 42 cast members to six year-round programs and 1,900 arts encounters in 2015, the year Caughell received one of five Oklahoma Governor’s Arts Awards for the category defined as Arts in Education.

In 2015, CMT also assumed full ownership of a partnership between Missoula Children’s Theatre and Bartlesville Public Schools called SPOTLITE, which includes a residency program that allows K-8 grade students in Bartlesville to audition, rehearse and perform an original musical in a professional venue.

“Using her background in strategic planning, Caughell has been integral in the theatre’s eight-year capital campaign that (was designed to) expand programs and provide for additional artistic staff,” reports Joel Gavin, director of marketing and communications for the Oklahoma Arts Council, regarding her 2015 award nomination.

Tracye Caughell — seated to the right of former Oklahoma Representative Earl Sears, of Bartlesville — received the 2015 Governor’s Arts Award at the Oklahoma State Capitol, as did Rep. Sears. Caughell was honored with the Arts in Education Award, while Rep. Sears received the George Nigh Public Service in the Arts Award, along with former Oklahoma City Mayor Mick Cornett. Photo provided courtesy of Tracye Caughell and Oklahoma Arts Council.

toward the campaign (at that time). In addition to serving on the theatre’s board and leading some of its workshops, Caughell often serves as producer for CMT productions, including a 2015 production of Mary Poppins, which (drew) a record-breaking crowd.”

“Tracye is the hardest working person I ever met, says CMT executive director, Kristie Hewitt. “She comes here to produce the shows. In addition to her full-time job, she’s here several times a week. She is a people person…one of our greatest assets…in attracting volunteers,” who assist with costumes, sets, and scenic design. “A lot of retirees get involved and love to keep coming back.”

“Our December 2019 major production, A Christmas Story, the musical  (represents) the first time for CMT to do a huge show during the school year…We always call theater a mystery,” she says with a sense of humor. “It’s often a mystery as to how everything gets done.”

“My favorite thing about CMT, besides the kids, is working in community with all the volunteers,” Caughell emphasises.  “It’s an incredible experience to see a show come together with all the efforts of such a diverse group of people…The volunteers really make the “theatre magic” happen!

“And, we have gotten incredible support from the Bartlesville Community Center. Their team of folks really partners with us to find solutions for all the production challenges.  We are fortunate to live in a community that is so supportive. And that support has enabled us to thrive!”

Thousands of tickets were sold for the 2019 CMT summer MainStage production of the beloved Rodgers and Hammerstein musical, Oklahoma!, during its 75th anniversary year.

CMT provides ongoing opportunities for students to participate in a wide range of productions, workshops, and training classes in each discipline of musical theatre—acting, music and dance—so they may become true theatrical “triple threats” on the stage.

Two examples of CMT alumni who are noteworthy stage successes are: Tracye’s daughter, Kennedy Caughell, who is currently starring in the North American Broadway touring company of Beautiful, the Carole King musical; and Edd Bass, a California-based stage manager and master electrician, with a theater-focused degree from Chapman University. Kennedy and Edd portrayed Peter Pan and “the lost boy,” respectively, in a  2004 CMT production of Peter Pan, the musical. 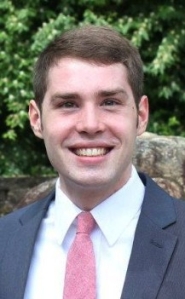 Former Oklahoma House of Representatives legislator, musician Travis Dunlap; and U.S. Department of State foreign service diplomat Clint Shoemake, are both CMT alumni. Shoemake has stated, “I would like to think that my role as the Munchkin Barrister in The Wizard of Oz (2001) sparked my interest in international law and that walking my dog across the stage as the dogcatcher in Annie (2005) gave me a better appreciation for public servants. CMT made me a more well-rounded person.

“Part of the worldwide availability of service that comes with being a diplomat is being able to adapt to new scenarios, to quickly learn new skills, and to work with all kinds of people. These are all things I first learned from CMT.”

According to his LinkedIn profile, Shoemake recently served as an international Human Rights and Religious Freedom Officer for the U. S. Department of State. Bravo!

January 14, 2020: Spring session CMT classes begin, although students can sign-up at any time. Classes include various aspects of acting, music, and dance. Ask about “triple threat” discounts, for enrollment in multiple classes.

Early January auditions for younger students in grades K – 6 will take place the first week of 2020, for the Spring CMT Blackbox theatre production of Rainbow Fish, the musical. The Blackbox theatre, said to be unique for this community, is a large rehearsal space and performance area which seats about 100. Located at 101 S. Wyandotte Avenue, it is suitable for smaller productions. Note: Tuition fees apply for participants. Scholarships are available.

January 9: Scholarship applications are due.

February 20 – 23: Auditions are scheduled for the CMT July MainStage summer production of Meredith Willson’s The Music Man, to be staged at the Bartlesville Community Center concert hall, which seats about 1700 theatergoers. Between 60 and 80 performers will be selected from some 150 hopefuls, up to age 17, who are expected to audition. Rehearsals will begin June 15.

The capstone of CMT’s programming is the annual MainStage Summer Musical, a five-week musical theatre intensive during which students, ages 7-17, learn how to put on a full-scale Broadway musical complete with elaborate sets, period-costumes, intricate lighting design, and a live orchestra.